OLEO was the first Greek olive oil to be marketed as a food supplement on the European market, it is an organic compound very high in phenolics with powerful antioxidant properties that help protect blood lipids from oxidative stress. Influence.

The fact that OLEO was originally launched in the Scandinavian market played a major role in its design. The “minimalist” visual language of the Scandinavian design is fully in keeping with the pure, natural style of OLEO, which contains only high-quality olive oil from the ancient Olympia olive trees in the Peloponnese.

As an innovative food supplement, OLEO had to avoid the emotional clichés of olive oil food packaging and instead highlight its unique health claims. Its purity is accentuated by the earthy, warm tones and embossed lettering of the untreated cardboard box, while custom-tailored elements on the box symbolize the flow of olive oil and the seamless functioning of the human blood vessels. 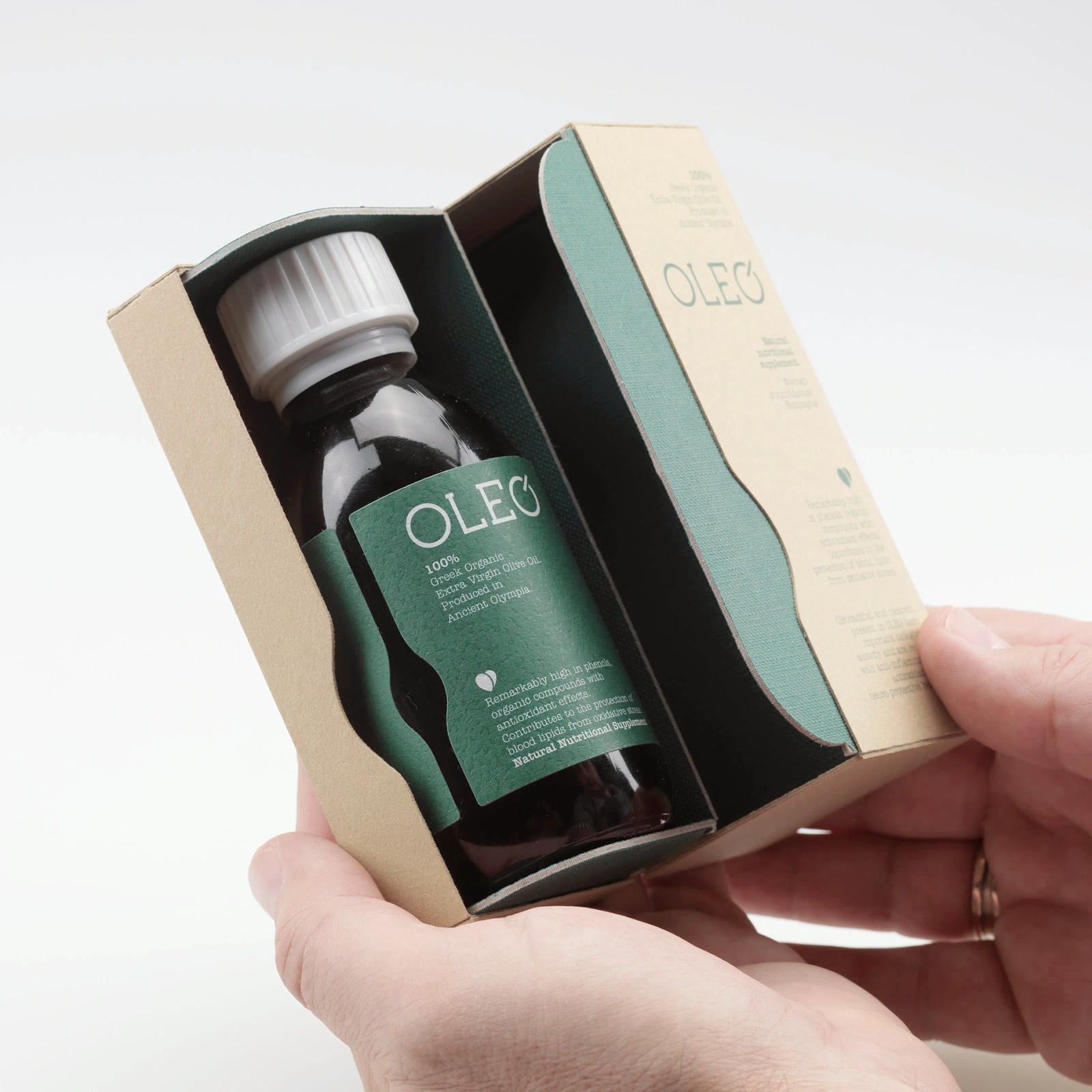 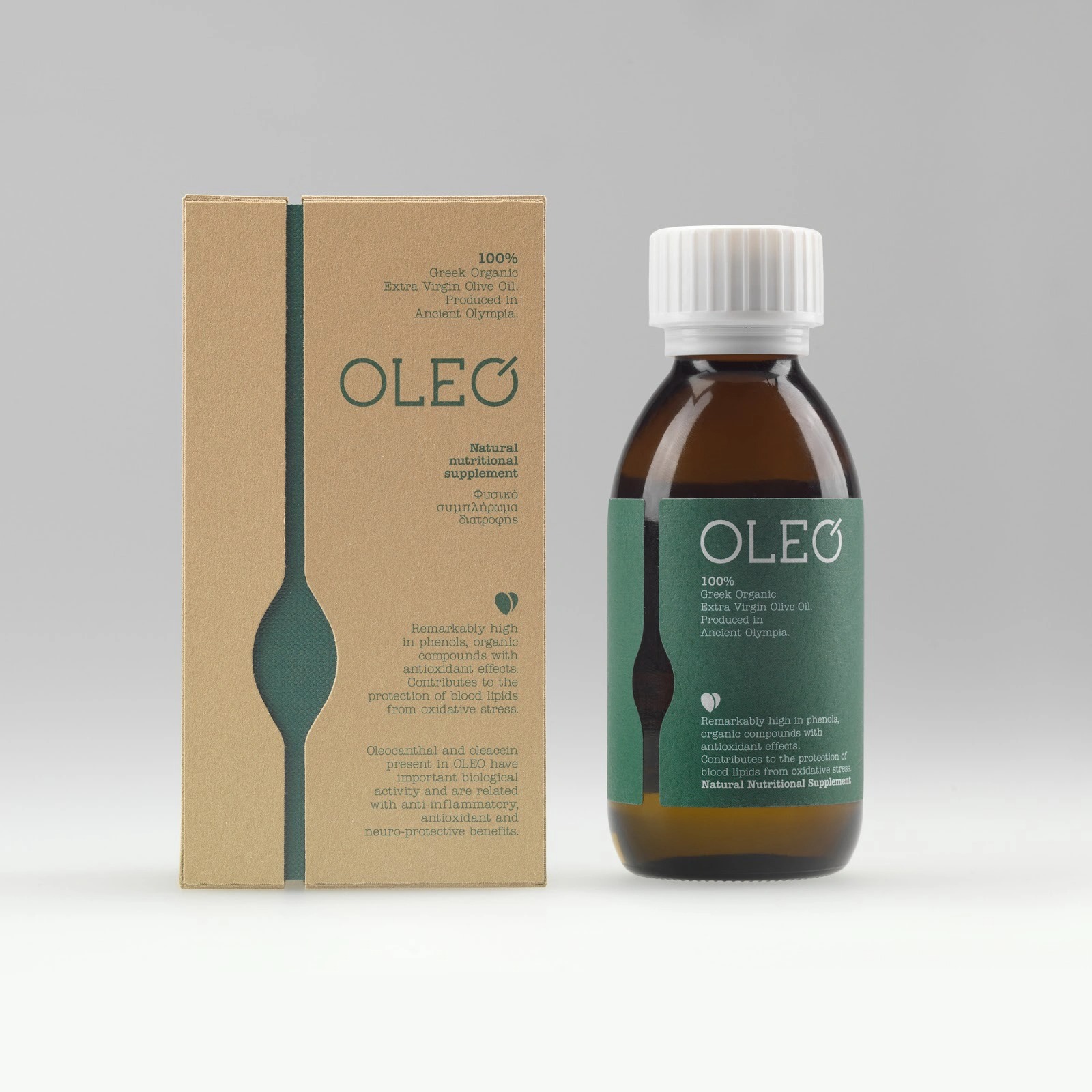 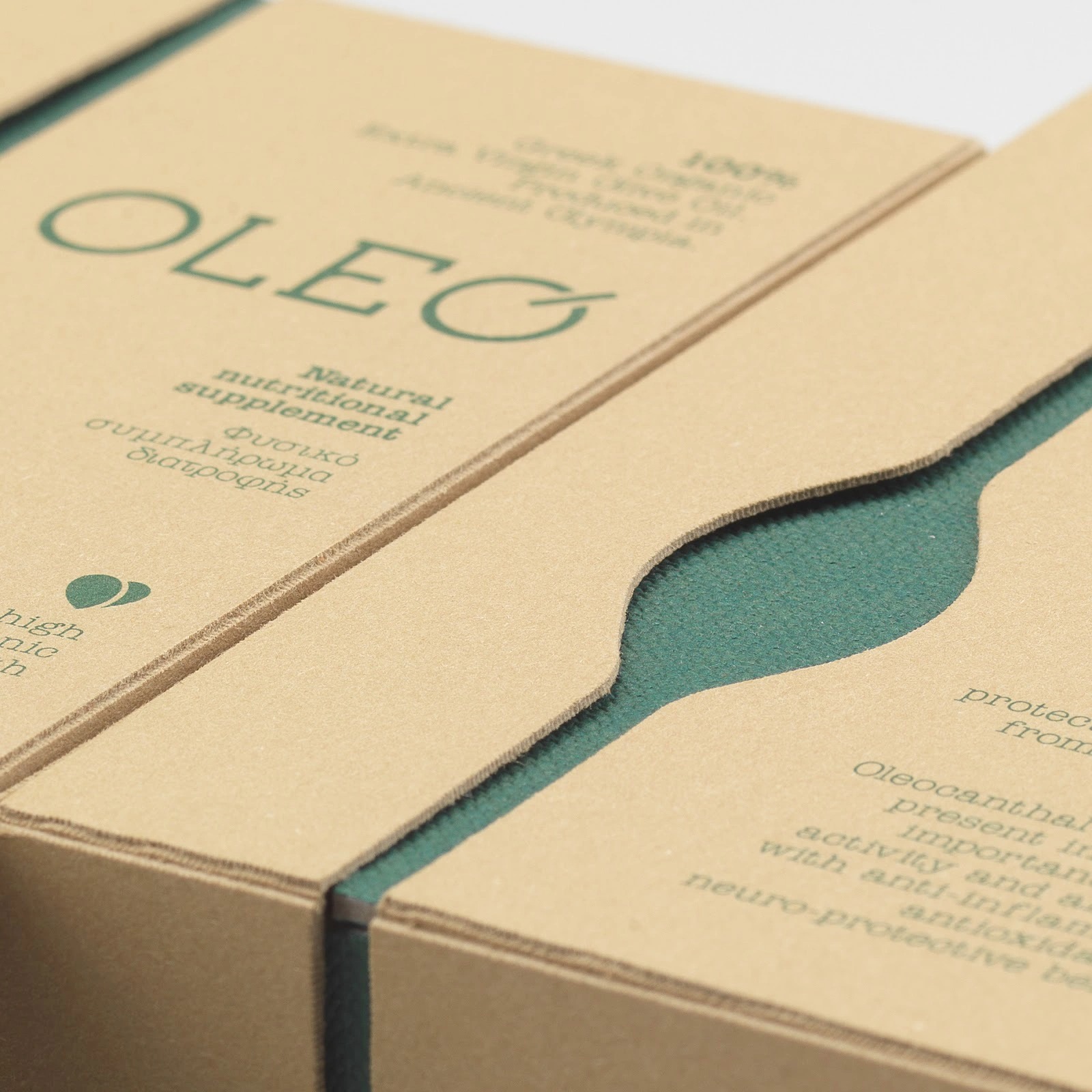